The County Championships for Northants players were held over the weekend of 28th Feb to 1st March.

An excellent entry from across the clubs in the county led to a thoroughly enjoyable weekend and some brilliant squash played. In the words of Chris Ridgway, Dallington team player and winner of the O40’s: “The camaraderie, support and enjoyment from everyone was unreal – if you don’t play squash you’re missing out!”

Many thanks to Fli-Fi for sponsoring this year’s event and providing free WiFi; and to Vicky Clarke-Rai for providing much needed massage therapy to aching limbs. 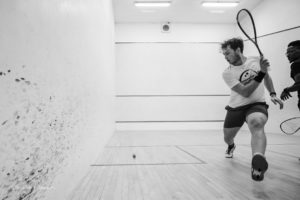 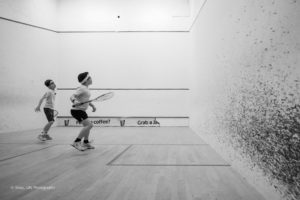 All the results from both senior and junior tournaments can be viewed on RankedIn:

A strong lineup for 2020 was guaranteed to provide some top-drawer squash and we weren’t disappointed. Notable performances were from Emily Westall who played superbly in the first round to beat a higher-ranked opponent in George Lovatt 3-1. George himself then played good consistent squash to beat Connor O’ Dell in the Plate on finals day.

The main draw featured a superb semi-final between Dane Schwier and Odhran Imlah, with Odhran stretching Dane to a five-set match. The final, watched by plenty of players who had finished their tournament but who stayed on to enjoy the last game of the day, was another very tight affair: Dane just edging out Rich Green, 11-8 in the fifth: 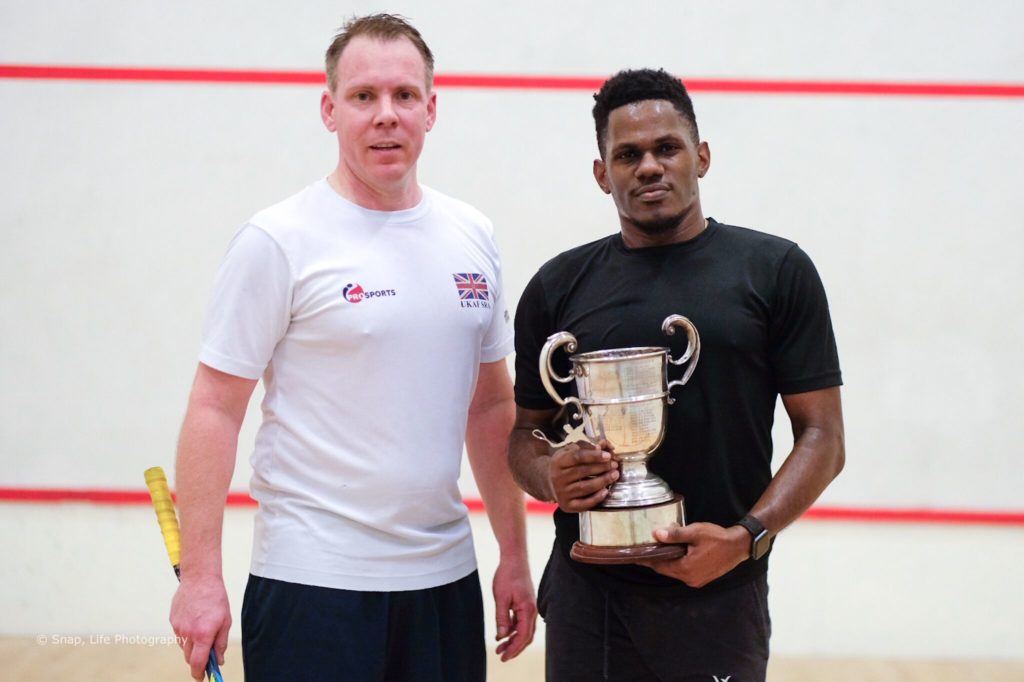 Top seed Toby Westall saw off Mike Broadbent in a closer-than-expected final; whilst Chris Ridgway – arguably player of the day – bamboozled Simon to take the plate 3-0. 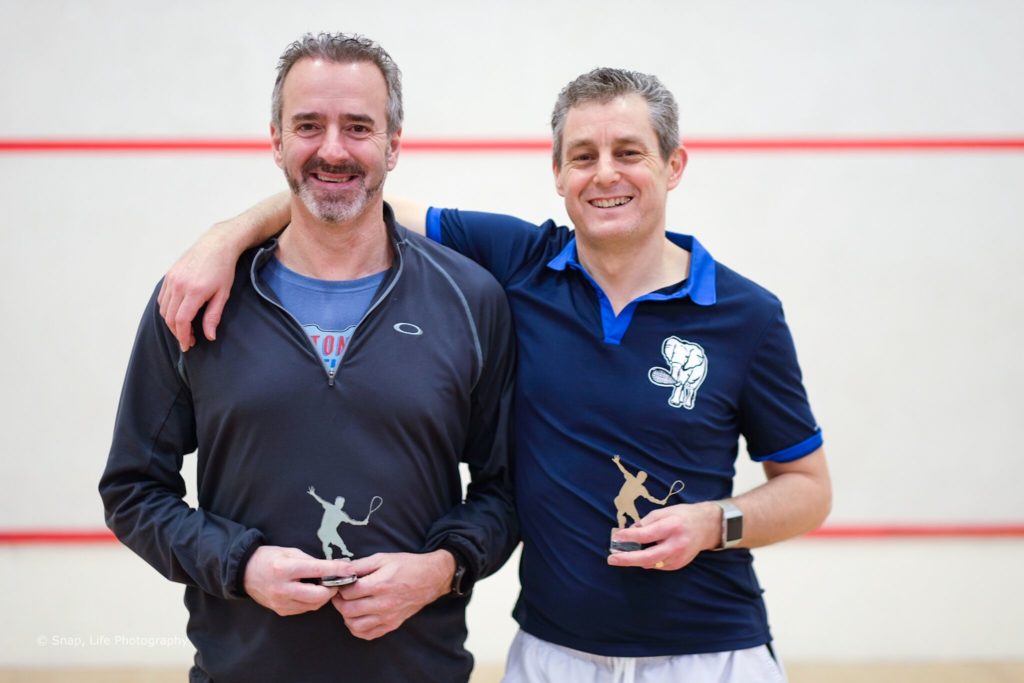 Jim Goodridge just edged out a very tight final against Clive taking it 14-12 in the fifth – all the more remarkable considering he’d been to see the Stereophonics the night before! The all-Lings Ladies plate final saw Sarah taking a hard fought 3-0 win over club compatriot Lisa. 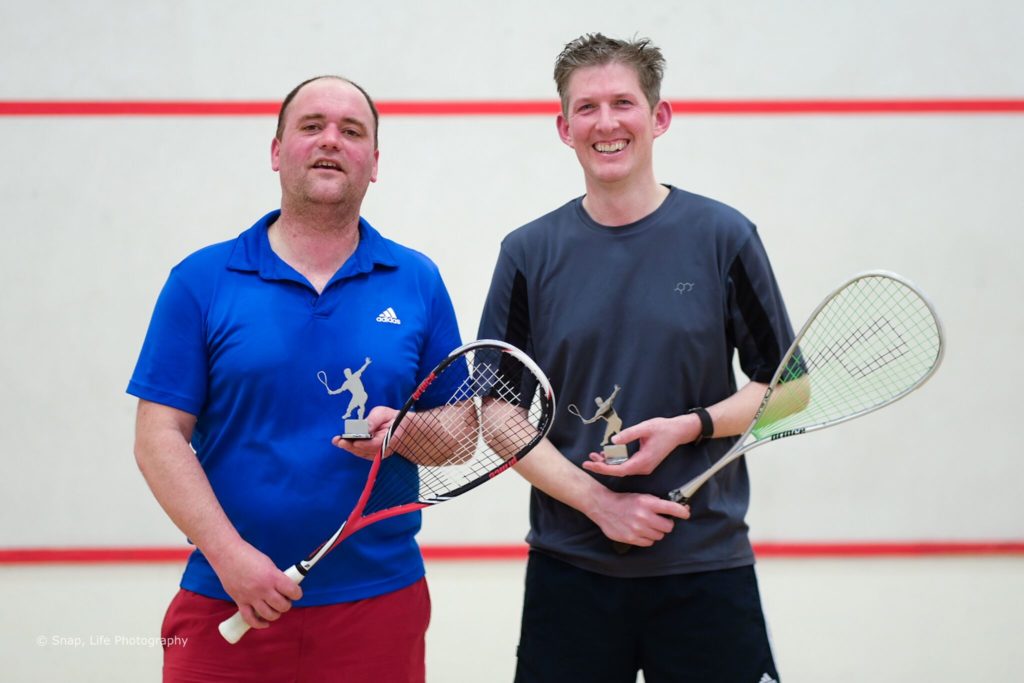 Carol made a winning return to the County Closed, having been the victor in years gone past but missing the last few editions (probably too much golf). The plate final was contested by two of the Northants juniors, with Anna taking revenge on Eve who had beaten her in the Junior Closed the day before. 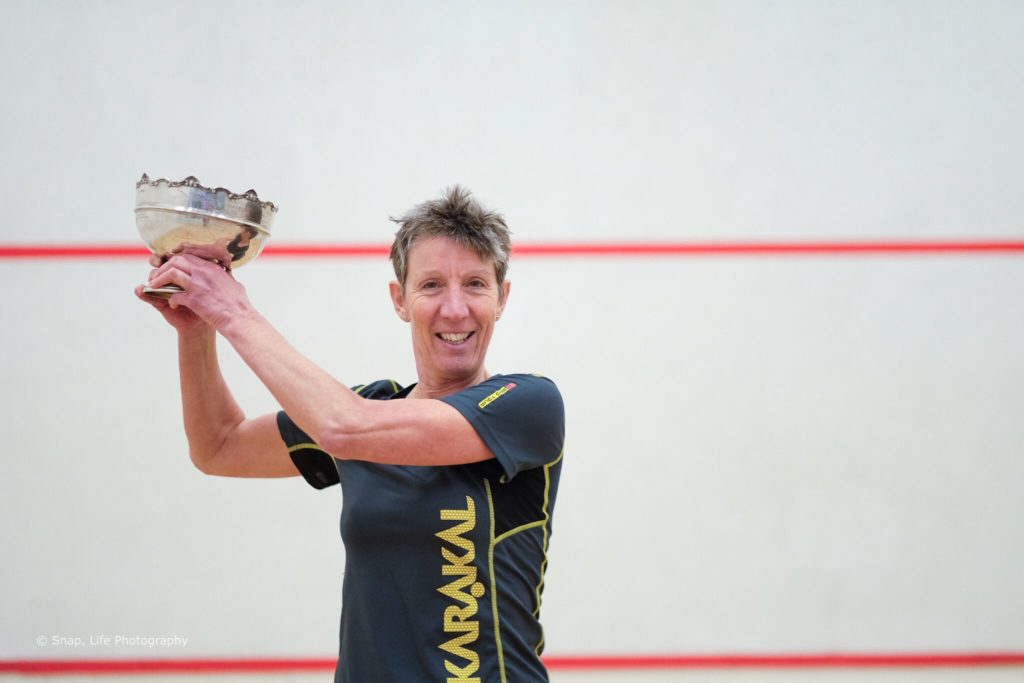 Just the two entrants for this age category so it was played on the Friday night… an extremely good-natured affair with Nick taking the title 3-1. 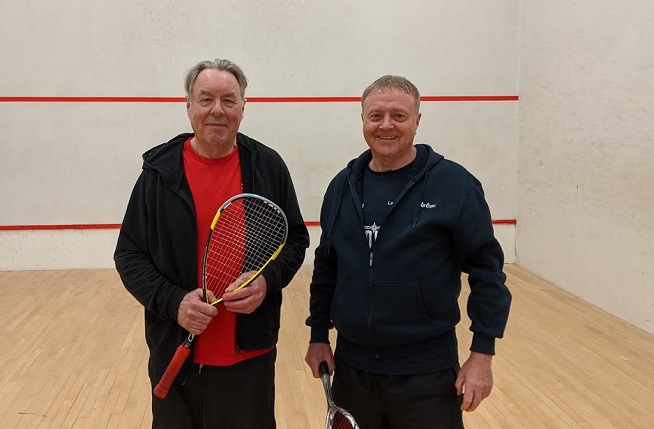 Joe, whose form has improved hugely over the course of the season, was in no mood to let this slip against the always-tenacious Neil – who was only allowed to claim one game in this tight four-setter. The Plate saw an upset as Stuart beat Mark Oliver who never really recovered from his early round thrashing by Stu Waterson (who will be seeded more accurately next year). 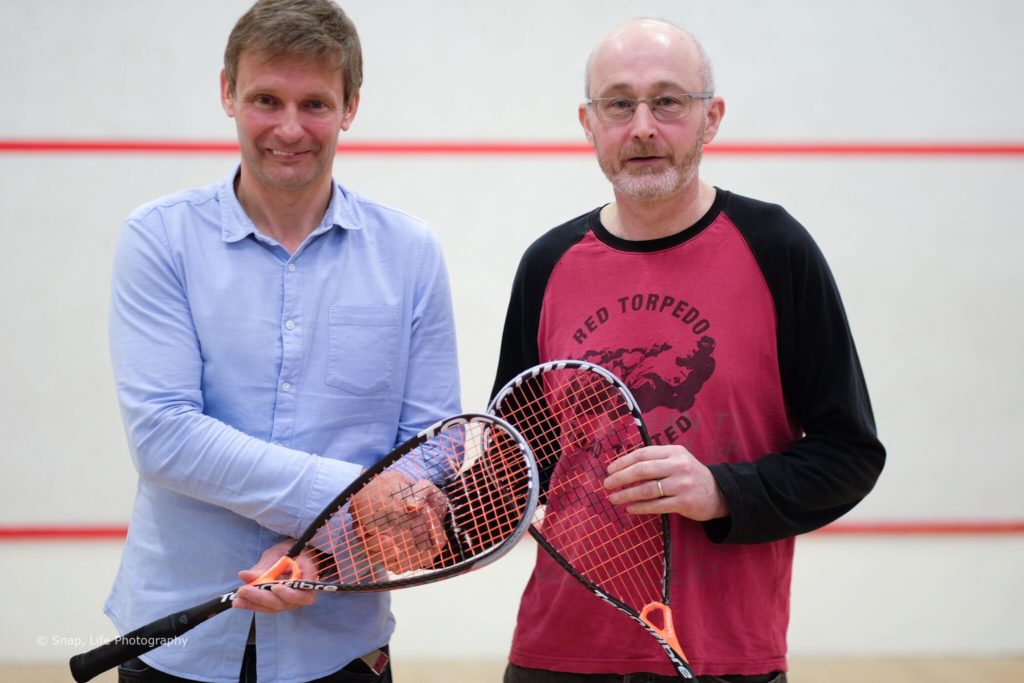 Chris completely blew away all opposition over the weekend, dropping only a single game; whilst Mike was on his fourth long match of the day it meant nothing in the face of Chris’s accuracy and determination. Kelly endured against Clive in the Plate, dropping one game but never looking like he’d lose… another Plate trophy to add to Kelly’s extensive collection. 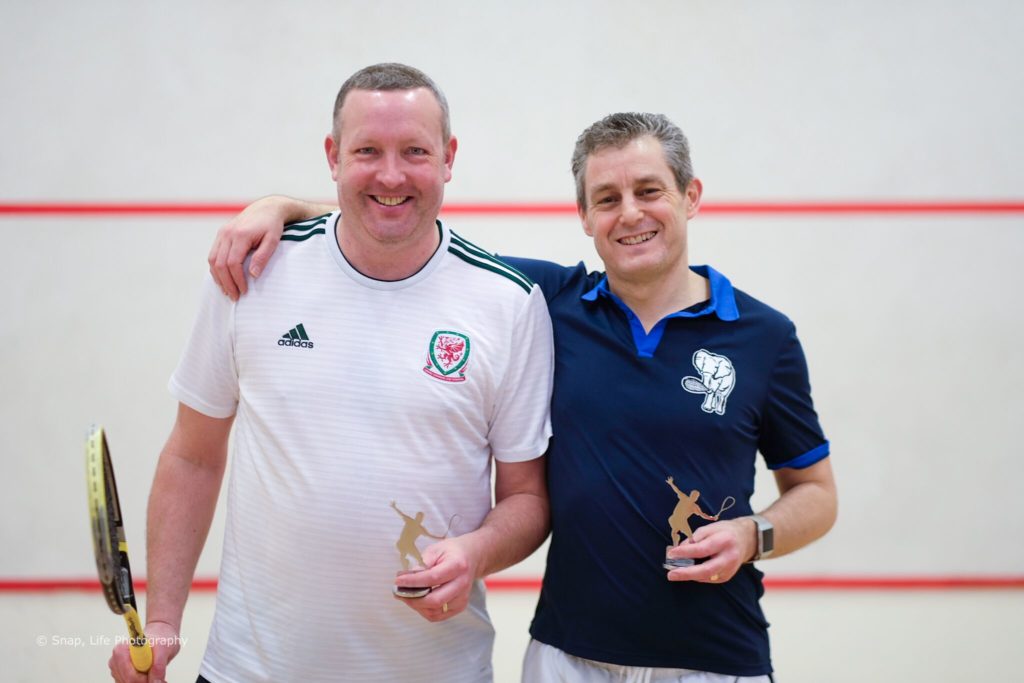 The Junior County Closed was held at Diana’s Health and Fitness, Wellingborough, on Saturday 29th February.

With many of the competitors playing in their own age group plus the one above, there were some very tired young players by the end of the day; but at no point was there a lack of effort or desire to win. Indeed in a couple of instances the passion and commitment became a little overwhelming for both players and parents alike… traumatic, in fact. This is why we love our sport.

A highly competitive match yes, but one contested in the greatest of spirits and nicest of manners between these two clubmates who are becoming fast friends. Meggie edged out Bryony by dint of her experience – but her opponent, who only started playing a few months ago – is catching up. A lovely, lovely match to watch. 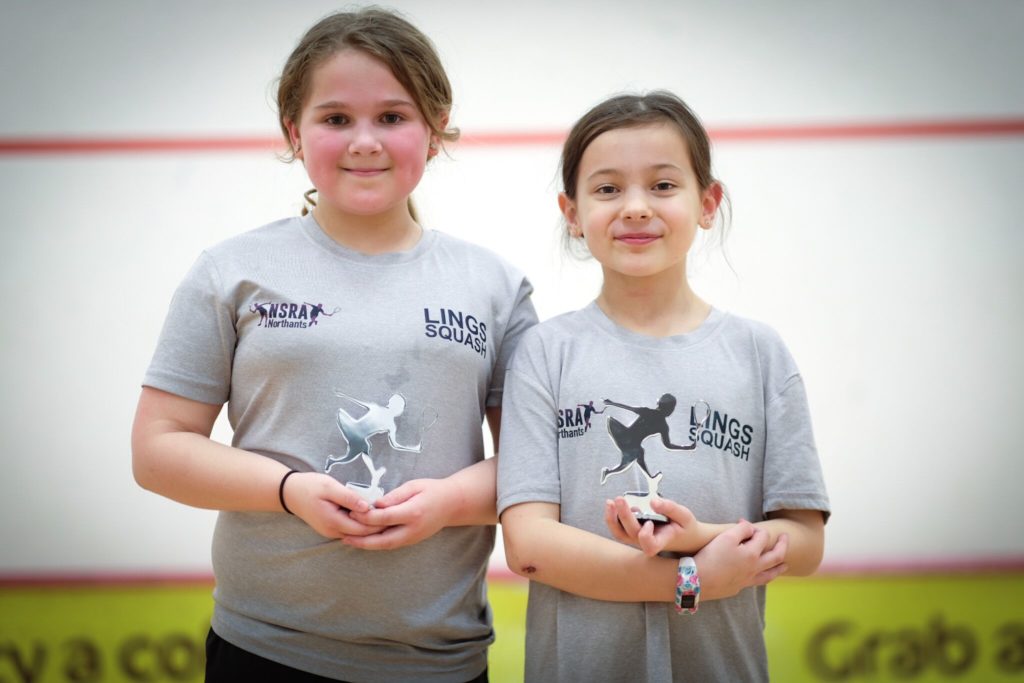 This was arguably the match of the whole tournament. Harrison went 2-1 down in the cruellest of fashions, having battled back from 0-8 twice to then lose 10-12 in two successive games, he had to dig very deep indeed and finally came out the winner after an exhausting, and long, five set match against a very classy player. We hope to see more games of this sort of quality between these two in the future. 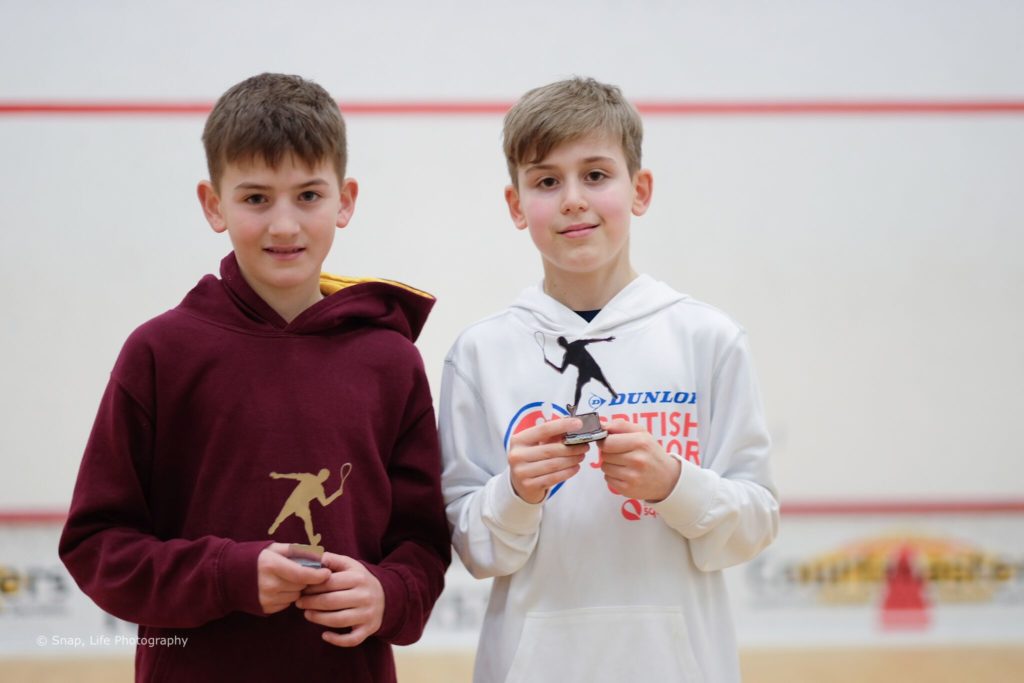 Kate took the first game in the match against Eve, no mean feat against the mini-missile that is Miss Parkins. Eve ended up winning the match 3-1, but they get closer every time they play… 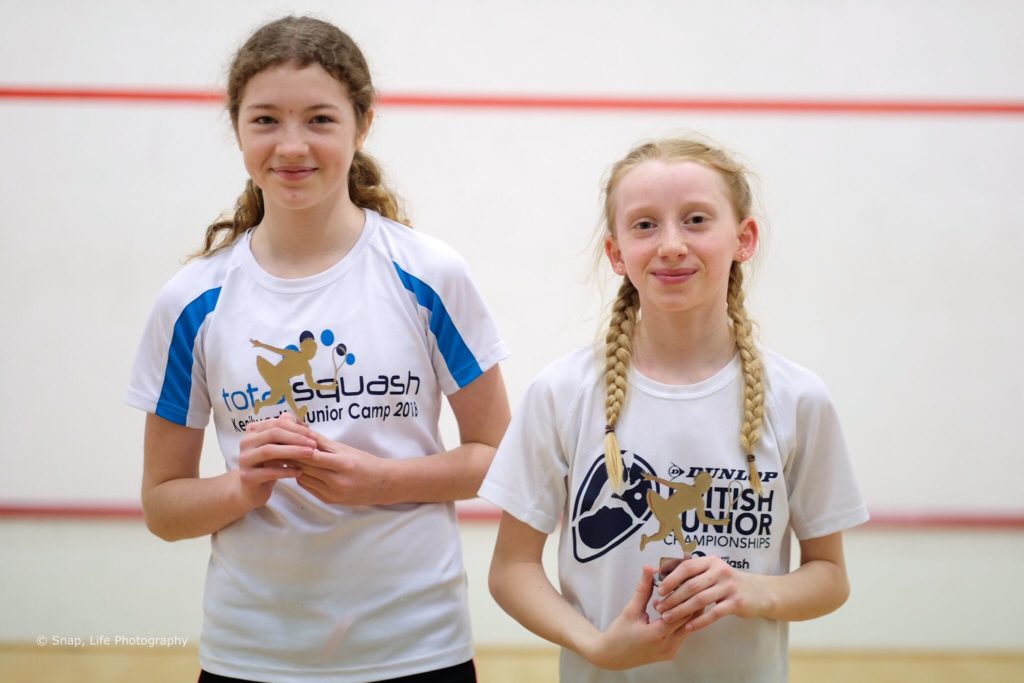 Where to start with this match..? It was one of those occasions that will make an indelible mental mark on everyone who witnessed it.

Harrison was pretty much exhausted before they’d even started. Sam had marked Harrison’s BU11 final and was therefore somewhat pent-up and nervous himself. As the game went on – with Sam in the ascendancy – it all became rather emotional, with stoppages galore to allow for parents to calm things down… in the end young Waterson sorted himself out and took the game from a distraught Sam – who should never be disappointed after having treated his friend so well and with such grace during the match.

The parents are still in recovery. 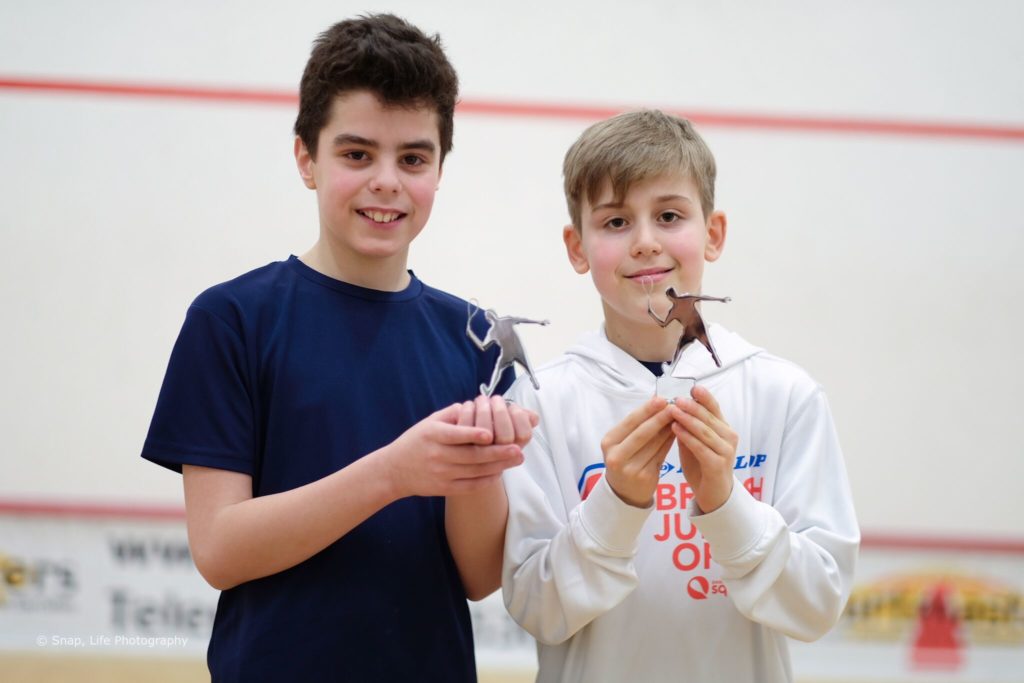 Eve made it a double win playing up into the 15’s… she was unstoppable on the day. Jessie put in a very solid performance though and it was great to see the improvement she has been making in the last few months. 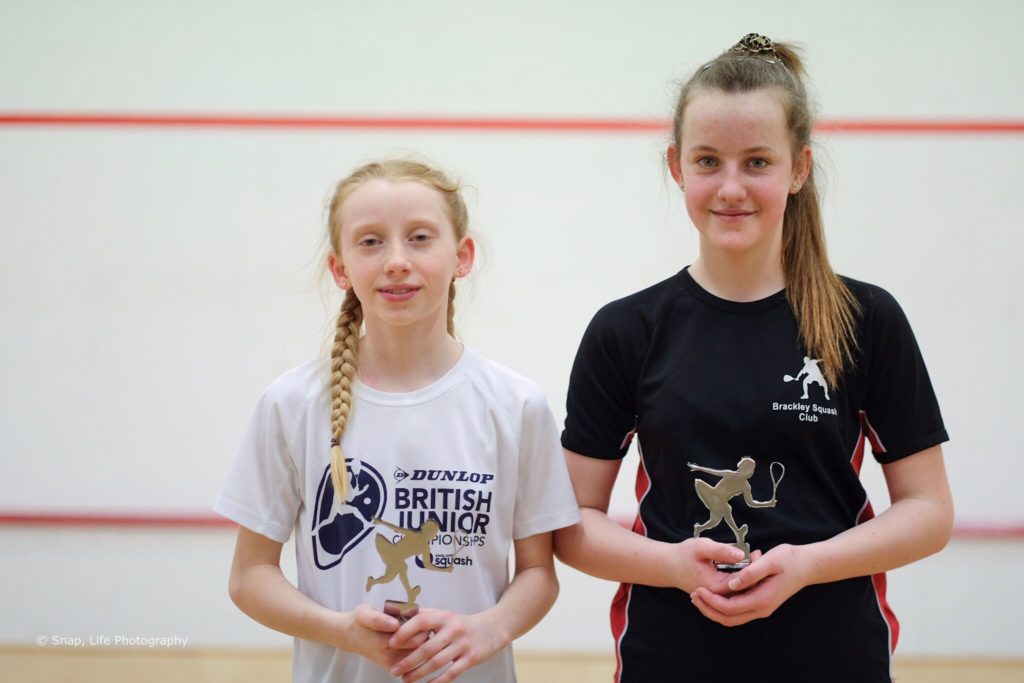 Some really good, consistent, and battling squash in this final with Ben edging a very determined Jonnie out in three tight games; had Jonnie taken the 3rd it might have been anyone’s. Another game played with a great spirit and sense of fair play. 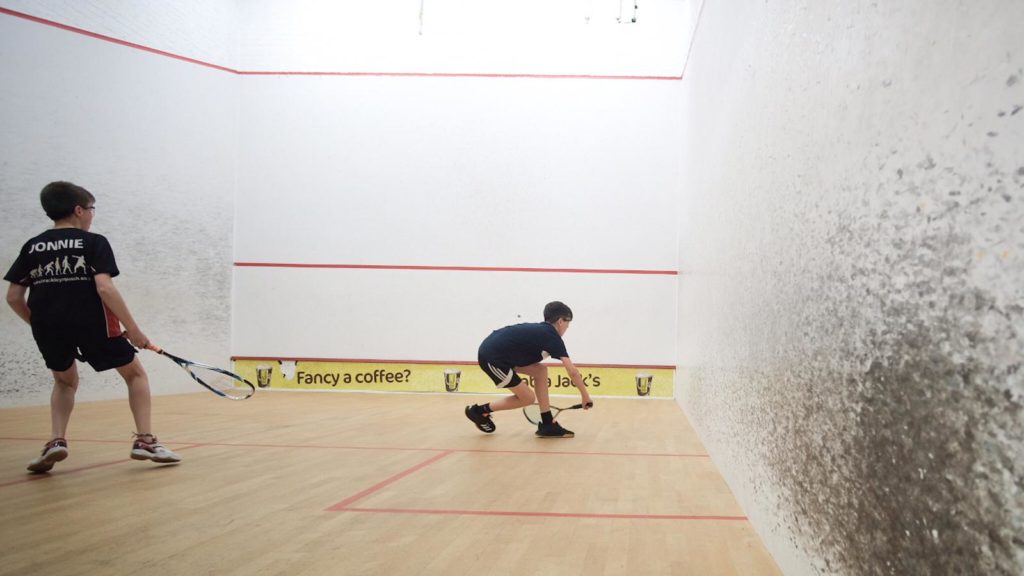 Emma continued her great form at the business end of the season, although Anna ran her very close in a great five set match that saw both girls giving it absolutely everything. Huge determination from both, who were also playing up an age group – so to give it so much, knowing that there were other matches to play, just shows the commitment from both girls.

The amount of squash that some of these kids played in one day was simply ridiculous, and both Leo and Will put in an enormous shift. Leo had a much tougher run to the final, only getting there by virtue of winning a stunning five-set match against clubmate James Martin; he then had to deal with Will and again took him to five: Will coming out the winner 11-3 5-11 8-11 11-8 11-8 in a fantastic match well worthy of a BU17 final.

Leo Conway and Will Paull – Boys Under 17 finalists

With Caitlin having been sidelined by a horrible bout of ‘flu in recent weeks her effort and performance at this year’s Closed was remarkable – but then that is typical of her (and her brother Thomas who got stuck in and played his heart out in the BU15) – but Emma’s speed and shot making made the difference in the end. 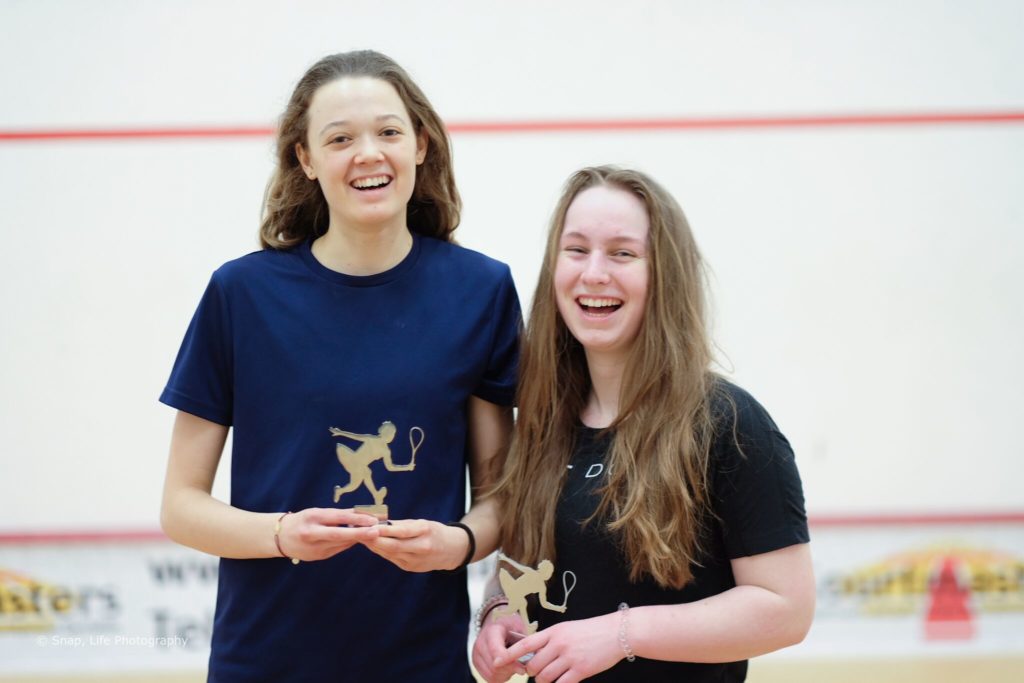 Will’s turn to have a hard run to the final, only beating Leo in another amazing five setter to get through his semi final… (11-4 11-9 9-11 9-11 11-8). Ollie pushed him hard in the last game but Will was firing on all cylinders despite having already played several tough matches, coming out a 3-0 winner. 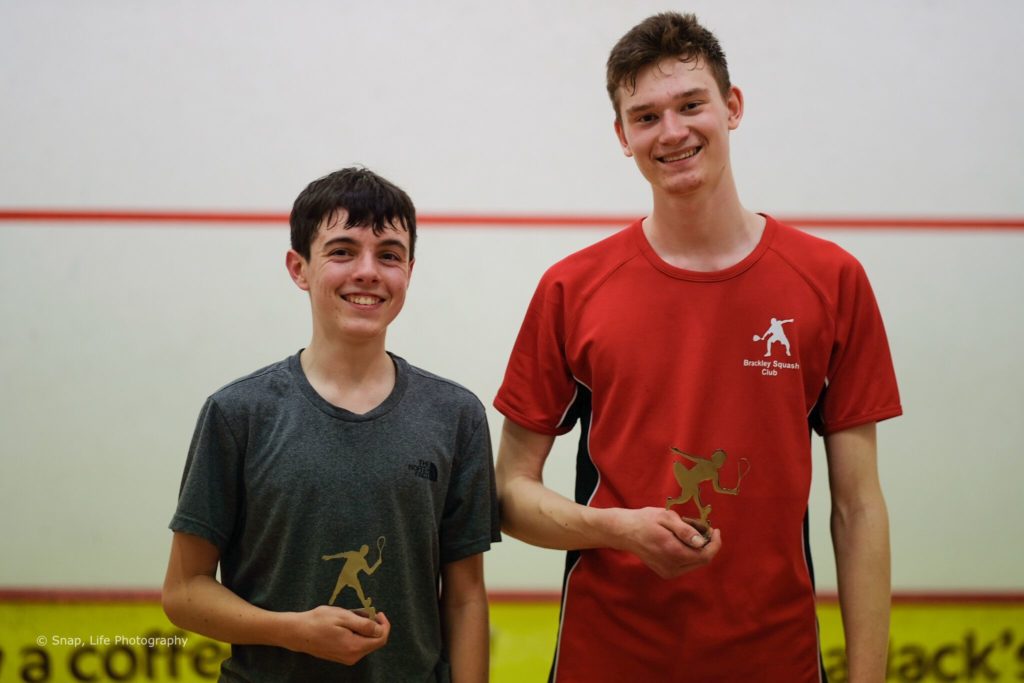 Will Paull and Ollie Hall, Boys Under 19 finalists